Junior is made to work another seven years for his true and only love Ruby. Seven years went by like a flash in the pan; they were the easiest seven laborious years of his life as long as he had Ruby by his side, nothing else mattered. When she looked at him, he felt his thick protruding muscles melt into warm springs. When she touched him, his lost his sense of reasoning. When she kissed him everything explodes into molecules of nothingness. When they made love, he wanted to disappear and become one with her spirit and she wanted to dissolve into a mist of passion and become the air that he breathed.

Yet there was pain. Yet there was emptiness. Yet there was no child for Ruby. And each time, it seemed the more they yearned the greater their fears that perhaps they were never meant to be. So she wept and begged him for a child. And he in turn, frustrated and choked by her pain, would curse his powerlessness to give her what she wanted. Junior knew that in all his mastery that there was only so much he could do. Ruby would mourn her barrenness alone with no help from prince charming. To make a child wasn’t part of his expertise.

Life eventually starts to take form when the heat is turned up, like batter in a pan. A few years earlier, the things we did and did not do, and the choices we made and did not make didn’t look like much. They seemed like dust particles dancing in open space, making no sense, having no meaning, until things began to heat up. Until stuff starts to happen and what seemed meaningless starts to ooze some kind of meaning…some kind of correlation…alignment. When discomfort rises, do we fight our way the usual way …or do we try to find out which way to go? 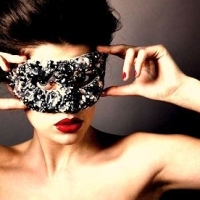