You can be whatever you chose, that is true. You can chose your path, you can take on whatever pursuit that gives you pleasure, that is also true. If you believe anything is possible, that is the way inventions were created by great minds. However, there is one general clause, one question that sums it all in one — to what end? Is it for good a good cause or is it simply for self-gratification? Within every man is the potential to be either good or evil, to exude light or be consumed by darkness. We live in times that threaten to erode man of his conscience, will you be victim or victor?

1. Wealth without work
Many want to have lots of money. Many wish to live the good life – La Dolce Vita! Many desire to have the poshest of stuff and live in comfort, good health and abundance. How many have written-goals or how many have goals towards a worthy ideal? Our greatest asset is our mind and from harnessing this great power come the secret to great riches. Yet as simple as that may sound, many still do not find it easy. It requires man to think and thinking itself can be hard work. The ability to stay on a puzzle long enough to bring it to fruition is definitely not a walk in the park. It requires discipline; to persist, to stay consistent, to believe and to consciously shut out from your consciousness anything that tells you your goal is unachievable. What then is a goal? A goal is the pursuit of purpose done within the constraints of time. It is an unwavering desire to give to humanity something special, something that is a piece of yourself. When goals aren’t properly defined and priorities are misplaced, when the means becomes an end, then men begin to indulge in all kinds of misfits which become a glitch in the system, causing more harm than good. To want wealth without paying the price of hard work, is like being a stillborn — the light is snatched away from it before it is ever given a chance to breathe. It is sucked into the darkness from the womb. Nothing good can come from a stillborn. Only darkness, weeping, and mourning.

2. Pleasure without conscience
We are spiritual beings living in a physical body. We are living in a temporary space with borrowed time. What rocks out world is our ability to love, to be compassionate and to create solutions. That is what sums up our humanity; our ability to feel, to sense, and to believe. It is the extraordinary things we dare and the remarkable risks we take to be that difference, to impart the next generation, to heal, to mend, to forgive, that gives our lives meaning. It is not in the accumulation of wealth or in amassing treasures. It is not found in narcissism nor is it in revelry, in orgies and in extreme indulgences. When we immerse ourselves into pleasure rather than service what we gain in return is a patched soul, lean, drained and whitened as though the blood had been literally sucked out from us. We become a shadow of ourselves. Without conscience we become brute beasts, chasing and devouring prey after prey, seeking to consume only, having no beliefs, no principles, no standards.

3. Science without humanity
The science evolution is a perfect proof that man can do anything and be anything he wishes so long as he believes it is possible and  is determined to stay on the cause of his pursuits. Through reckless living we have endangered our world and with each disaster we allow, a greater evil is ignited and in the process is a loop of inexorable catastrophe. We are in a viscous circle, quietly going mad with our genius yet desperately yearning to showoff our ingeniousness. In an attempt to give expression to our brilliance and life to our creation, we have more often than not created a monster and have unintentionally made one another the victims. When purpose is overcome by ambition and service by self-gratification the result is usually chaos, confusion, and war.

4. Knowledge without character
King Solomon in the bible said, ‘Of making many books , there is no end, and too much study wearies the body’…  Which much knowledge comes great responsibilities. What shame it would be for us to know what is acceptable, what is tolerable, what is needful and yet live ourselves beneath the very principles that govern us. With knowledge comes growth and change. What horror it would be to subject ourselves to deformation rather than formation. To have knowledge without character is like allowing a children run free with a loaded ammunition — just think what might ensue in the process — especially since he has an idea of what it is. Knowledge without character is a social disaster.

5. Politics without principle
Mankind has never been more puppeteered by a greater force — politics. Man also has never demonstrated a greater crave for power and influence like he has through politics. It is true that mankind needs governance and guidance otherwise anarchy would be the other of the day. Still what is truer is that mankind is in dire need of good governance; governance within reason, that is logical and that has soul. Governance that demonstrates fundamental truths and systems of belief without depriving the people of their rights and their freedom. Politics that milks the people it is meant to serve and ruins the very foundations of their beliefs and norms is malicious and unkind. Politics that is built upon the innocence and suppressed voice of the masses is foul and detestable. Politics that is drunken with orgy is offensive and politics that is blood thirsty is abominable and objectionable.

6. Commerce without morality
I have often heard this debate over money; when can one call a transaction a rip-off? Is it when the merchant has conveniently sold a low quality merchandise with an outrageous gain or is it when a high quality article is sold at an overtly costly price? If the merchant can find buyers for his highly priced, high quality merchandise, would it still be a rip-off? This sixth unforgivable sin reminds me sorely of Lagos, where commerce is no longer an activity but a god, an idol; one that requires a worship quite similar to the worship of Chemosh, the ancient Moabite god. Chemosh requires humans to sacrifice their loved ones by burning them alive. An act of obsession that completely smears the human of his conscience and humanness, so that what is left of him is merely his own fixation and fetish for villainous profits.

7. Worship without sacrifice.
Here is the law of substitution calling for audience. If worship truly is full surrender to an unseen force, where our will becomes secondary then sacrifice will become second nature to us. Faith is rooted in the solid rock of belief and faith requires us to launch into unknown territories believing we will grow our adaptabilities as we move along. Worship is an act of faith. It is believing that in spite of our unworthy humanity, we can become worthy. It is believing that in spite of what we may consider valuable and of great importance, we can attempt to relinquish our comfort believing that as we cast our bread upon the waters, we do not lose but gain, even though the profit might take many days in appearing.

Our purpose is rooted in service. Our goals should be governed by discipline. Our profit should be the deep satisfaction that springs from fulfillment. Let us make belief the driving force towards the impossible. Let us also allow our process to give us form and mold us into character. Let us remember to listen to our conscience and our intuition. Let us give room for the still small voice within us, for it has enormous potential to stir us away from becoming immoral, malicious and numb. 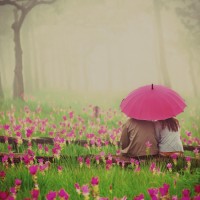