“I am two women: one wants to have all the joy, passion and adventure that life can give me. The other wants to be a slave to routine, to family life, to the things that can be planned and achieved. I’m a housewife and a prostitute, both of us living in the same body and doing battle with each other.”
― Paulo Coelho

I bet this is the all time conflict of womanhood. The eternal conflict between the woman, who she craves to be, and society with its agenda against what she would rather truly become. The millennia long fight between what is expected from a woman, especially if she would earn the title ‘good woman’. And I think the greatest battle would remain the conflict within the woman herself. The conflict that says, where do I fall, good or bad?

Women somehow always have a superior opinion to things, to life in general. We have a deeper sense of knowing, our intuition has the better part of us, our eyes burrow beyond the surface, our words provide wisdom, guidance and misdirection all at the same time. We are powerful beyond measure. Yet the moment we lose our power to do as we please, to choose the life we would rather live, to cage our desires and our longings, then perhaps, that would be the day we cease to be truly woman. We become simply, human beings, existing for the mere sakes of having breath.

First women have been marginalized, then abused and sold into all kinds of slavery. Women become victims of themselves, victims of their sexuality, victims of their needs, victims of their prefrences. I’m not sure what Mae west meant when she wrote this line, but it gets me thinking of Mary and Rahab. Mary was a virgin when she was betrothed to Joseph while Rahab on the other hand, had been the King’s courtesan. One followed the master for the most part of her narrated history, the other quite superlatively, went everywhere from Jericho to exotic neighboring cities of her time. It gets me wondering, is a good girl immune to misdeeds and is a bad girl incapable of doing right? Where does one draw the line?

A woman will then choose to be who she decides to be while she lets society decide what she would be called and then choose whether to be intrigued or influenced. Many times, a young teenager is addressed with the sweetest names until she is found to be in possession of a love letter in her from some guy. On that fateful day she becomes the bad girl and her mother’s daughter. Of course, this was the case perhaps in my own days; I’m talking about over three decades now. Fast forward to the new millennium — with our fashion craze, and multimedia mania and the voracious monster called the internet — where do you begin to tag who is good or bad. Perhaps we will stretch the preferences to, not so bad, bad enough, partially good, okay, above average. What’s your take? I mean the difference isn’t so clear any longer. There are tons and tons of grey shades everywhere.

“I’m tough, I’m ambitious, and I know exactly what I want. If that makes me a bitch, okay.”
― Madonna

When you are mediocre, you are cool, no offense taken. However, if you were a housewife, who stood her ground on all grounds, did what she pleased and went where she wanted, and had a partner who adored you, and supported your home grown business, trust me, you would become a snare to one too many. My point is, you don’t have to be a Madonna to be tagged, you only need to be driven, be ambitious, be committed to a cause, be single-minded and of course be a woman.

Many women struggle, not necessarily because they have been literally caged, but because they are afraid of being called names. They fear human opinion over the fear of extinction. They choose the imprisonment of their true desires over the fear of having lived a stale, tasteless and meaningless life. They would rather not have lived than to do so and then be given a name. What do they do? They choose the cliche and the stereotype over originality. Instead of paying the price, they skip the details of their lives and simply conform.

“One life is all we have and we live it as we believe in living it.

But to sacrifice what you are and to live without belief,

that is a fate more terrible than dying.” ― Jeanne d’Arc

If being tagged means more to you than being who you would rather truly be, then perhaps you should decide what you would rather be known as and act accordingly. If heaven for you means living a quiet simple, not-asking-for-too-much kind of life, then by all means be a good girl. If you want to go everywhere, see the world, take your chances, leap off a cliff and fly, then according to Mae West, be prepared for the backlash – hear the scourging whoosh through the air! However, if you would rather be like me, who wants to go to heaven and without a doubt go everywhere as well, then welcome on board. Simply put, I would rather be happy than dignified. So what does that make me, good cop or bad cop?

Of course everything you have read is just my opinion and the opinion of a gazillion other women who have lived in different civilizations but suffered the same prejudices. So perhaps the purpose of this post, is so you can find out for yourself, your own meaning of womanhood and choose how you want to play your cards, make your own rules and however that turns out for you, be free. You only live once.

“No woman can call herself free who does not control her own body.”
― Margaret Sanger

It’s obvious isn’t it, that whenever the world has something to say about a woman, it is always about and invariably related to our sexuality. It is always about us being sexual beings and the more skilled you become at glossing over that reality and filling out your curves and numbing your power, the world would become a better and a safer place for all. Like I said, it’s only just my opinion…and that of a gazillion other women in medieval times….

Finally, in the words of Eleanor Roosevelt, be brave, be exciting, be imaginative, life is an adventure. You can never go wrong handling the reins of your life as such. You can be heaven bound, and be Dora the explorer at the same time. Be who you know how best to be, if there is any fire in your bones, if there is any emptiness, for as long as you’ve got breathe, you will find what you seek somewhere within or in-between. We always do. Live life to the fullest, trust your gut, follow your heart, and leave the brandishers to roast in their own furnace and the one without a fault, is free to cast the first stone.

“Do not stop thinking of life as an adventure.

You have no security unless you can live bravely, excitingly, imaginatively;

unless you can choose a challenge instead of competence.” ― Eleanor Roosevelt 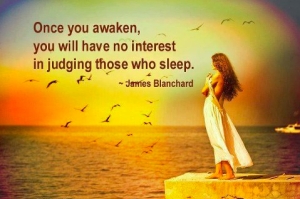